Capa in Color | International Center of Photography
Join our mailing list
Stay updated on our latest news.
exhibition
But Still, It Turns: Recent Photography from the World
News
Engage with ICP from Anywhere
News
We Need Your Support
exhibition
#ICPConcerned: Global Images for Global Crisis
event
ICP Talks: Cheriss May on Documenting Democracy
event
ICP Talks: Mari Katayama on “Myself and the Others: Self-Portraits and this World”
Shop Become a Member Support ICP Subscribe Login
All museum visitors must show proof of vaccination and wear a mask while on the premises. Fall exhibitions on view through 1/10/22. The ICP School and Facilities will be closed from 12/22/21–1/2/22. Learn More
View Details
View Details 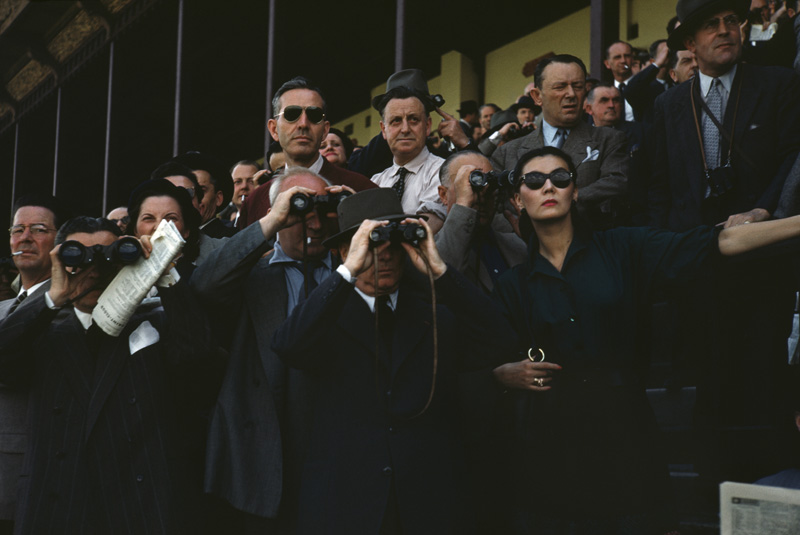 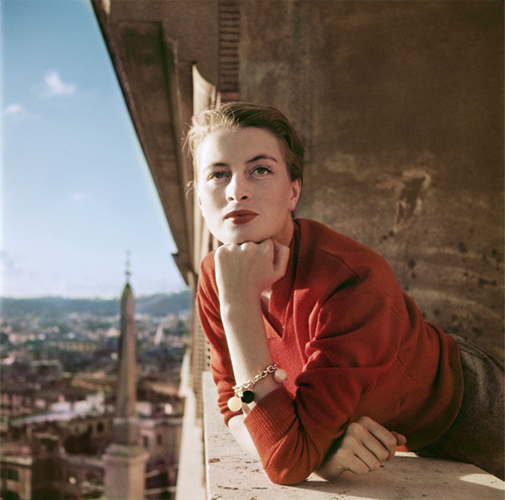 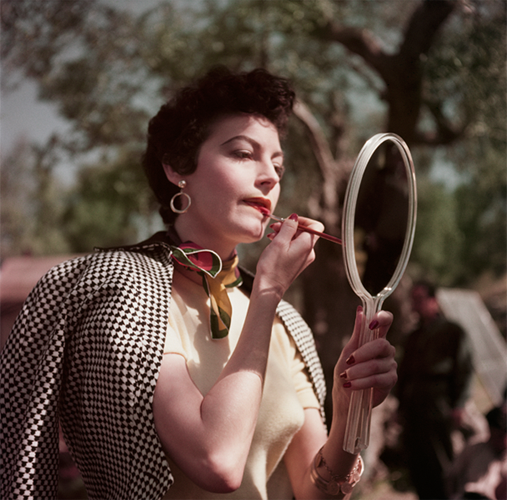 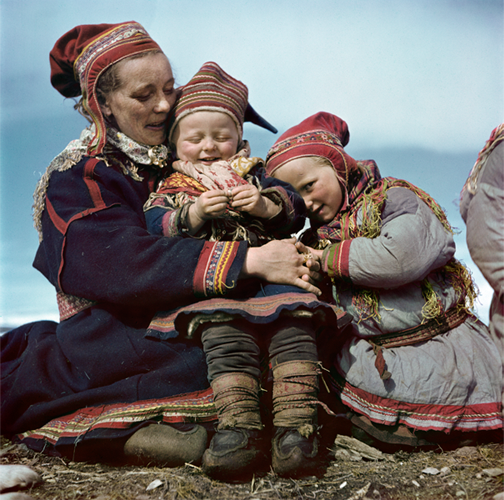 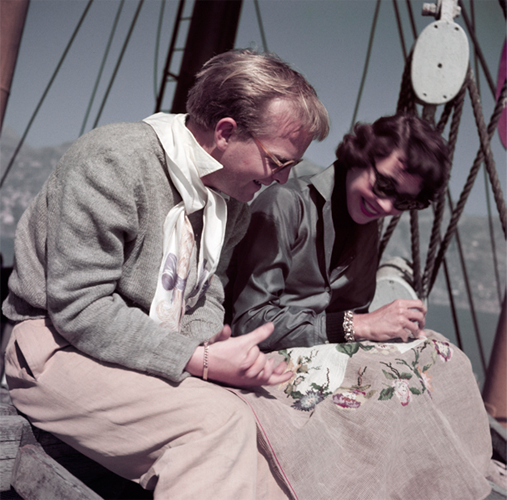 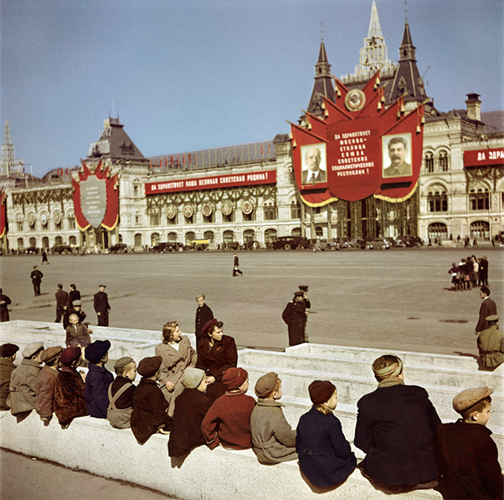 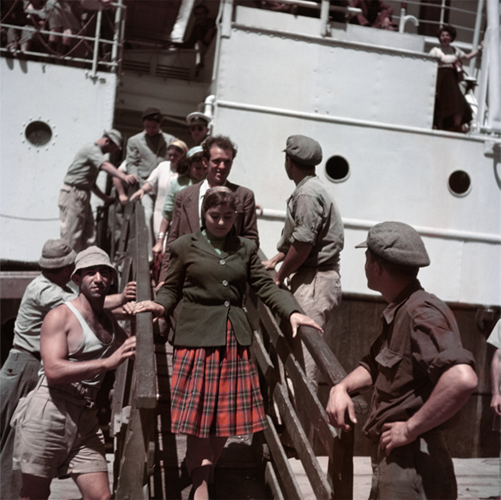 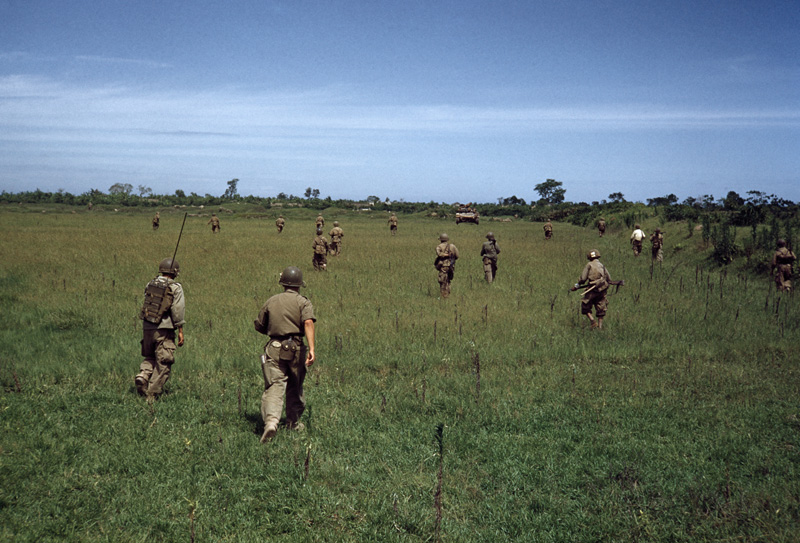 This exhibition presents Robert Capa's color work for the first time. Capa regularly used color film from the 1940s until his death in 1954. Some of these photographs were published in magazines of the day, but the majority have never been printed, seen, or even studied. Over the years, this aspect of Capas career has virtually been forgotten. With over 100 contemporary color prints by the famous photojournalist, Capa in Color presents this work an integral part of his post-war career and fundamental in remaining relevant to magazines.

While he did use color for some early World War II stories, Capa's use of color film exploded in his postwar stories. These photographs brought the lives of ordinary and exotic people from around the world to American and European readers alike, and were markedly different from the war reportage that had dominated Capas early career. In the late 1940s, Capa traveled to the USSR, Budapest, and Israel to cover postwar life. Capa's technical ability coupled with his engagement with human emotion in his prewar black-and-white stories enabled him to move easily between black and white and color film.

Capa's photographs also provided readers a glimpse into more glamorous lifestyles that depended on the allure and seduction of color photography. In 1950, he covered fashionable ski resorts in the Swiss, Austrian, and French Alps, and the stylish French resorts of Biarritz and Deauville for the burgeoning travel market capitalized on by Holiday magazine. He even tried fashion photography by the banks of the Seine and on the Place Vendôme. Through his friendships with many actors, Capa photographed Ingrid Bergman, Humphrey Bogart, Orson Welles, and John Huston, among others, in intimate moments on European film sets.

Capa in Color will explore how he started to see anew with color film and how his work adapted to a new postwar sensibility. The new medium required him to readjust to color compositions, but also to a postwar audience, interested in being entertained and transported to new places.

Capa in Color is made possible by the ICP Exhibitions Committee and by public funds from the New York City Department of Cultural Affairs in partnership with the City Council. 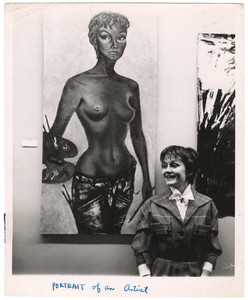 weegee "Portrait of an Artist"

Exhibition Inside the Cold War: Robert Capa and John S...

Store Gerda Taro & Robert Capa at Cafe Du Dome Exhibition Capa in Color
This website stores cookies on your computer. These cookies are used to collect information about how you interact with our website and allow us to remember you. We use this information in order to improve and customize your browsing experience and for analytics and metrics about our visitors both on this website and other media. To find out more about the cookies we use, see our Privacy Policy.
I Accept I Decline