ICP Spotlights 2017: Lynsey Addario | International Center of Photography
Join our mailing list
Stay updated on our latest news.
exhibition
But Still, It Turns: Recent Photography from the World
News
Engage with ICP from Anywhere
News
We Need Your Support
exhibition
#ICPConcerned: Global Images for Global Crisis
event
ICP Talks: Cheriss May on Documenting Democracy
event
ICP Talks: Mari Katayama on “Myself and the Others: Self-Portraits and this World”
Shop Become a Member Support ICP Subscribe Login
All museum visitors must show proof of vaccination and wear a mask while on the premises. Fall exhibitions on view through 1/10/22. The ICP School and Facilities will be closed from 12/22/21–1/2/22. Learn More

11:30 AM Reception and Silent Auction
12 PM Luncheon and Program 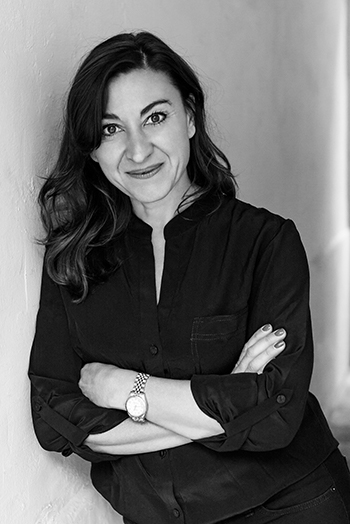 Lynsey Addario is an American photojournalist who regularly works for the New York Times, National Geographic, and Time Magazine. Since September 2001, Addario has covered conflicts in Afghanistan, Iraq, Libya, Lebanon, Darfur, South Sudan, and Congo. She photographs feature stories on humanitarian and human rights issues across the Middle East, South Asia, and Africa with a specific focus on women’s issues. In 2015, American Photo named Addario as one of five most influential photographers of the past 25 years, saying she changed the way we saw the world's conflicts.

In 2009, Addario was awarded a prestigious MacArthur Fellowship for her  “…dedication to demystifying foreign cultures and exposing the tragic consequences of human conflict…and providing a valuable historical record for future generations.”  She was part of the New York Times team to win the 2009 Pulitzer Prize for International Reporting for her photographs in “Talibanistan,” published in the New York Times Magazine, and in 2016, the University of Wisconsin at Madison awarded her an honorary doctoral degree in the humanities for her professional accomplishments.

Addario is the author of It’s What I Do, a New York Times best-selling memoir that chronicles her personal and professional life as a photojournalist coming of age in the post-9/11 world.

Katie Couric is an award-winning journalist, cancer advocate, and New York Times best-selling author. She is a co-founder of Stand Up to Cancer. Since it was launched in 2008, over $500 million has been raised to support its collaborative research programs.

She created an independent production company, Katie Couric Media in 2015 where she is actively producing a number of scripted and unscripted projects, including an eponymous podcast for Stitcher.

Couric’s documentaries including: Gender Revolution: A Journey with Katie Couric, for National Geographic; Under the Gun, which aired on EPIX; and Fed Up, which looks at the roots of the obesity epidemic. Couric is partnering with National Geographic on a six-part documentary series that will take a deep dive into the revolutionary changes and major social issues of our time.

In 2006, Couric became the first woman at the helm of an evening news cast as solo anchor of CBS Evening News. Couric joined CBS News after a 15-year run as co-anchor of NBC’s Today Show. Couric recently served as the Global New Anchor for Yahoo News. Her daytime talk show, which was syndicated by ABC-Disney, aired from 2012 to 2014 and averaged two million viewers daily.

She has won numerous awards including a duPont-Columbia, Peabody, Edward R. Murrow, a Walter Cronkite Award from the University of Southern California’s Annenberg School, and multiple Emmys.

TOP IMAGE: © Lynsey Addario
Related Items
Exhibition GENERATION WEALTH by Lauren Greenfield Event ICP Spotlights: Carrie Mae Weems News ICP to Celebrate Photojournalist Lynsey Add...
This website stores cookies on your computer. These cookies are used to collect information about how you interact with our website and allow us to remember you. We use this information in order to improve and customize your browsing experience and for analytics and metrics about our visitors both on this website and other media. To find out more about the cookies we use, see our Privacy Policy.
I Accept I Decline