Gillian Laub | #ICPtalks | International Center of Photography
Join our mailing list
Stay updated on our latest news.
exhibition
But Still, It Turns: Recent Photography from the World
News
Engage with ICP from Anywhere
News
We Need Your Support
exhibition
#ICPConcerned: Global Images for Global Crisis
event
ICP Talks: Cheriss May on Documenting Democracy
event
ICP Talks: Mari Katayama on “Myself and the Others: Self-Portraits and this World”
Shop Become a Member Support ICP Subscribe Login
All museum visitors must show proof of vaccination and wear a mask while on the premises. Fall exhibitions on view through 1/10/22. The ICP School and Facilities will be closed from 12/22/21–1/2/22. Learn More
View Details
View Details 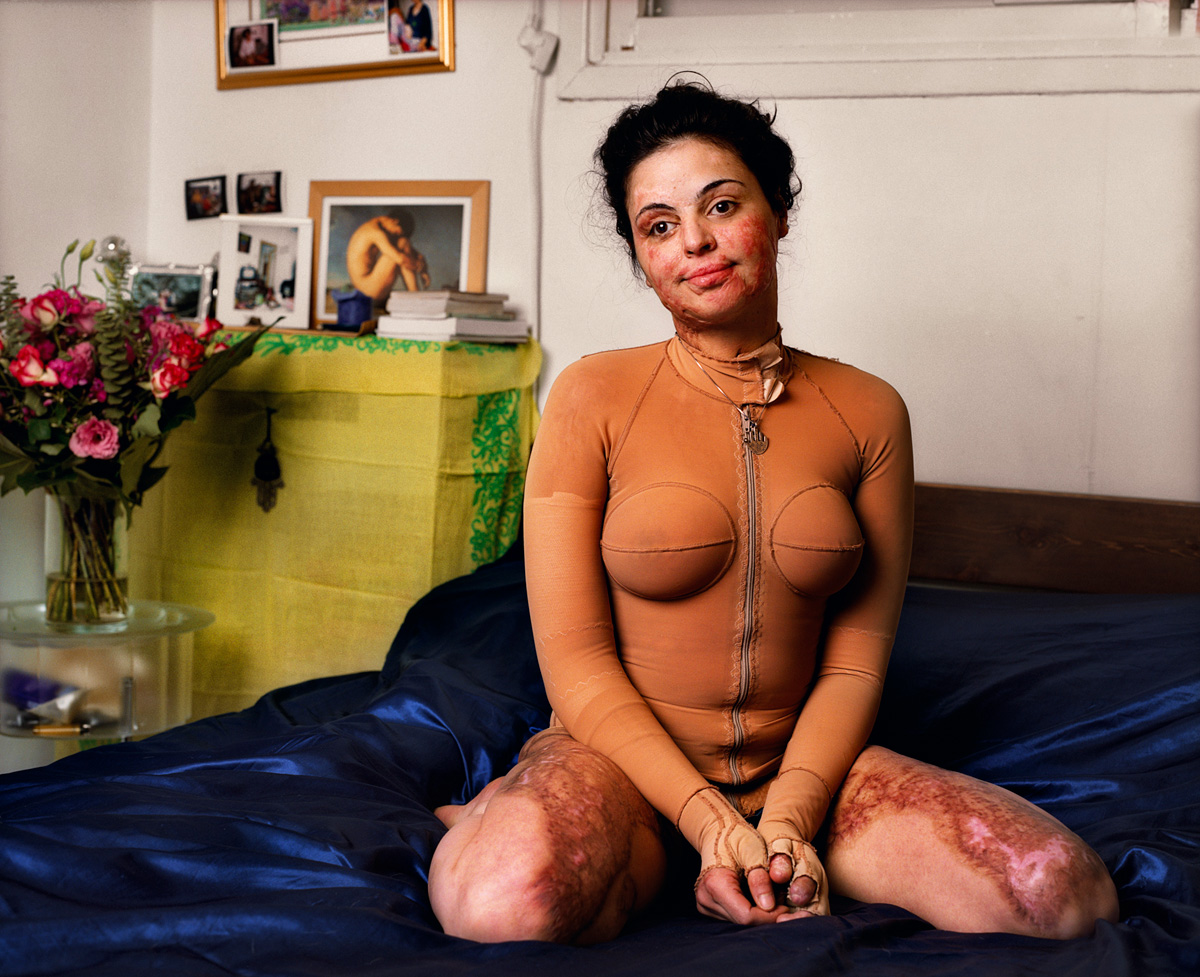 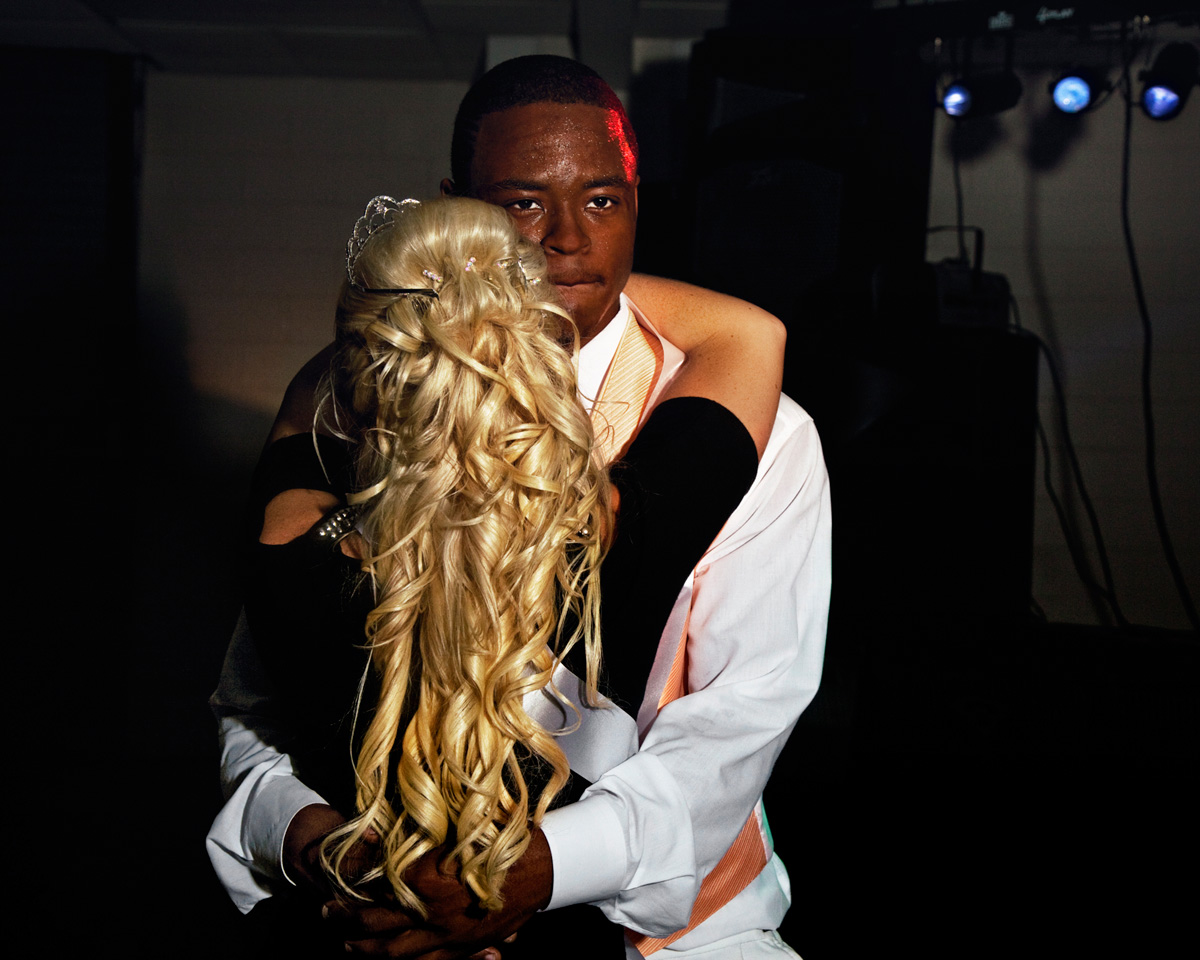 Gillian Laub commands a special presence behind the podium. The 39-year-old photographer and filmmaker looked radiant as she stood behind the lectern at the International Center of Photography's School last Wednesday to present her most recent work, Southern Rites, as part of the ICP Talks series. She noted that she was standing in the same place where Gordon Parks, Larry Sultan, Susan Meiselas—all figures she greatly admires—presented their work when she was a student at ICP, 17 years ago. "Those Wednesday lectures," Laub remembered, "had the most impact on me. I remember every single one as if it was yesterday."

Throughout the evening, Laub delivered a gripping, behind-the-scenes account of her work in the last two decades, starting with student work and then delving deeper into her projects in Israel and Palestine in the early 2000s and in southern Georgia over the last 12 years. As a nod to her ICP years in the late 1990s, she also showed photos from her early series on her grandparents in Florida, which reflected their at-times glitzy and glamorous lifestyle but served also as a meditation on "family, pain, suffering, and death." Since making those photographs, Laub has not relinquished the vantage point of a close-range cultural observer. Whether documenting child beauty pageants or subverting the tropes of fashion photography, Laub's early images displayed her curiosity into the kinds of otherness that lurks within the culture we think we know.

Then the events of September 11 happened. It was a real turning point, said Laub. She spent the year after the attacks photographing families that had been directly affected. "There was something very scary about entering into a person’s home who's just had the biggest tragedy happen to them," she recounted. "And there was also something profoundly moving and cathartic about this experience because it felt, for one moment, that the image was helping the people that were suffering be seen, be acknowledged."

"I realized," she continued, "that I wanted to explore something very close to my heart, and something that was unresolved. The second Intifada had begun in Israel and I knew I had to go there. It was a particularly violent time." Once in Israel, she began meeting people in the streets, making their portraits, and asking them to write down their stories in a journal she carried. It became clear, through their written testimonies, their everyday realities were caught up in the conflict. It also became clear to Laub that she couldn't avoid the violence in her photographs any longer. "I knew that I had to address the conflict and I didn't know how," she said. Laub's encounter with 23-year-old Kinneret at a hospital, following a suicide bombing, launched the most difficult part of this project. Seventy percent of Kinneret's body had been burned by the explosion set off by a suicide bomber, and Laub then spent many months living with Kinneret, witnessing her slow recovery, while she continued to make portraits of victims of terrorist attacks—young men, women, and children who had been hurt, lost limbs, or worse.

To the photographer's surprise, the victims expressed no anger or hatred against the other group, whether Israeli or Arab. When she first met Kinneret, Laub said, "I walked into the hospital room and she had this smile and she said, 'I'm lucky to be alive.' She said, 'I feel for the person that felt so much pain in order to do this to me.'" This lack of animosity startled Laub. "I'm not trying to sugarcoat it," she said, "it is the honest truth: every single person that I photographed and talked to, they weren't angry at Israelis or Palestinians. They were angry at the government." The project concluded with the publication of Testimony (Aperture, 2007), which included both portraits and their subjects' handwritten statements.

Laub's focus then shifted to a different story of deep-rooted enmity, this one closer to home: she returned to the town of Vidalia, in southern Georgia, where she had photographed a segregated prom for Spin magazine in 2002. Having been chased out of town back then (first warnings from police, then finding her tires slashed), Laub went back in 2009, determined to photograph the segregated prom for a feature in The New York Times Magazine. The longer she spent in Vidalia, the more she became aware of the tensions of which the divided prom had been but one glaring manifestation. Photography alone seemed not to be enough to tell this complex story and she enrolled in filmmaking classes to make the documentary Southern Rites. In the film, Laub narrates the story of the integration of the two proms—the first integrated prom took place in 2010, partly thanks to the uproar caused by The New York Times Magazine piece. But Laub sought to tell a deeper story: of the white, Confederate-flag bearing residents of Vidalia attached to old, sometimes racist traditions; of the somewhat resigned, disadvantaged African American population; of the hopeful high school students looking to change the status quo, starting with their prom. Then the narrative was complicated by the tragic shooting of an unarmed, young black man by an older white man; by the trial following his death; and by the discovery of the perpetrator's personal story of alienation from his family for adopting and raising his niece's daughter, who is African American.

In a revealing clip that Laub played for the audience at ICP, she interviewed Keyke, one of the first students in Vidalia with whom Laub developed a close rapport. In the scene, they are sitting in her bedroom, while Keyke, who is African American, tells Laub about the resistance she initially faced when proposing to integrate the proms. Then her gaze wandered to a picture taped to the wall, which showed a group of white homecoming queens and African American homecoming queens, accompanied respectively by two white and two African American grade schoolers. She looked at the picture, then at the camera, and exclaimed, "They even have little kids be segregated, it's so sad!" Keyke seemed surprised at her realization. "I didn't even notice it—the little kids don't even know it—but they're making them learn, 'You are black; you are white.'" She continued, "I guess I didn't recognize it until now, that they are actually teaching kids to be, you know, segregated, to… be black, to be white, to be a color instead of a person. Be a color, act your color, know your place."

The kind of raw and sincere testimonies that Laub obtained for her documentary speak of her ability to connect with an unfamiliar community even in the face of great resistance and animosity from some of Vidalia's residents. (And her hold on the spectators was confirmed by the many questions from the audience she fielded at ICP after concluding her presentation.) And yet, "there were so many points throughout the years that I felt very, very discouraged," Laub told me after the talk. "Access, that was one of the biggest issues. There were so many people who didn’t want this story to be told." After working in the embattled situation in the Middle East and despite her keen interest in situations of cultural tension, Laub was shocked "that this was happening in my own country. I oftentimes felt more in danger in my own country than I felt in Israel and Palestine." Thus, Southern Rites—both the book, published by Damiani in April, and the documentary, which premiered on HBO in May—serve as evidence of Laub's steadfast dedication and skills as a storyteller, both on keen display at her ICP Talk.

Paula Kupfer is a writer and editor based in New York. She works as photo editor for The California Sunday Magazine, and was previously the managing editor of Aperture magazine. 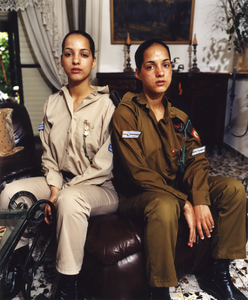 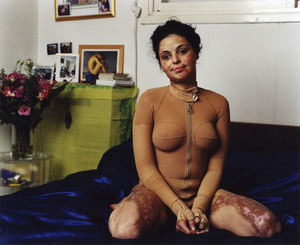 gillian laub Kinneret, Tel Aviv Media Archive SOUTHERN RITES: PHOTOGRAPHER LECTURE WITH G... Perspective Insider/Outsider: Voyeur or Agent of Change?
This website stores cookies on your computer. These cookies are used to collect information about how you interact with our website and allow us to remember you. We use this information in order to improve and customize your browsing experience and for analytics and metrics about our visitors both on this website and other media. To find out more about the cookies we use, see our Privacy Policy.
I Accept I Decline